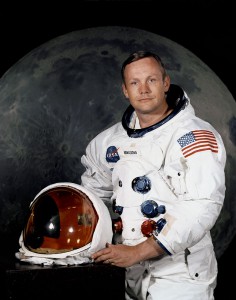 As this entry is being posted, we are leaving the dock in Anacortes. There is no science on the cruise. Instead, the focus of this trip is the ship itself. The crew and back-up crew will use the time to get used to the ship’s systems and to working together again after almost a year on shore. We will also be running the winches out and in again under load to make sure they are operating correctly (more on this later).

In 2010, when the U.S. Navy formally awarded WHOI operation of what was then known as AGOR 27, this ship was just a set of drawings. Then construction began in Anacortes and it slowly assumed a ship-like shape. Then it got a name: Neil Armstrong. And finally, in 2014, the hull first touched water. Today, it heads to open water for the first time. Today, it becomes an ocean-going vessel.

A few have questioned the logic of naming a research vessel after an astronaut. Let’s put those questions to rest. In addition to being the first man to walk on the moon, Armstrong was also a Navy pilot—and the U.S. Navy owns this ship. But they named the sister ship after the shuttle astronaut Sally Ride, so the reason behind the choice is more complex than just a desire to honor one of their own. 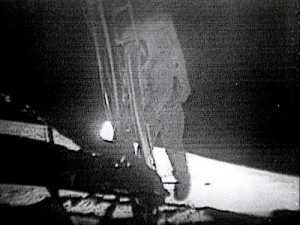 Both Armstrong and Ride chose their paths partly out of a desire to challenge themselves, to explore, to learn, and to serve as an example to anyone who might choose to follow. There isn’t much more that gets at the heart of what drives the scientists and students who look to the ocean for answers to some very fundamental questions about how our planet works and how it is able to sustain life.

For the next half century, this ship will be the base from which generations of researchers will work to expand our knowledge about the ocean. There will almost certainly be advances over the coming decades that will allow scientists to do more of their work from shore. Autonomous vehicles, large mooring arrays, and new satellite-based sensors s are becoming more sophisticated and commonplace every year. It’s also expensive and occasionally dangerous to go to sea, but the rewards, in the form of a better appreciation for our planet and our place on it, are invaluable. But as Armstrong taught us with that first small step off the ladder onto the surface of the moon, there is very often no replacement for a human presence at the edge of what is known and a human voice to tell us what is there.