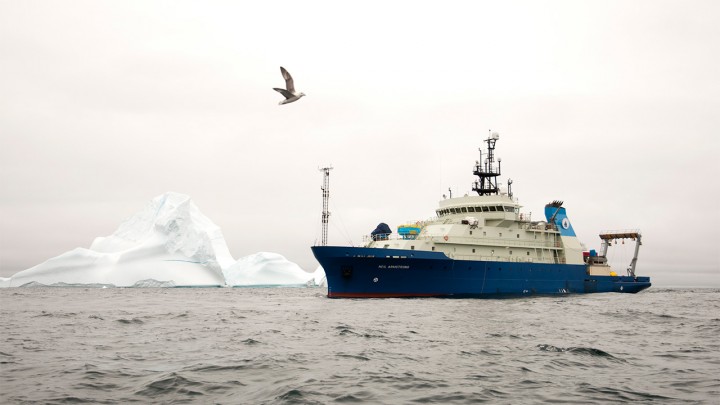 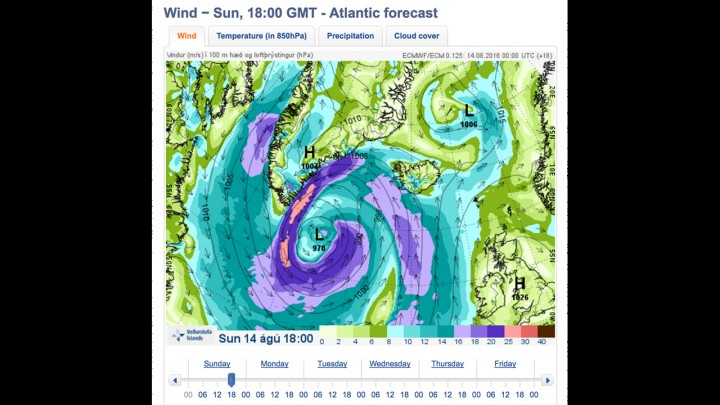 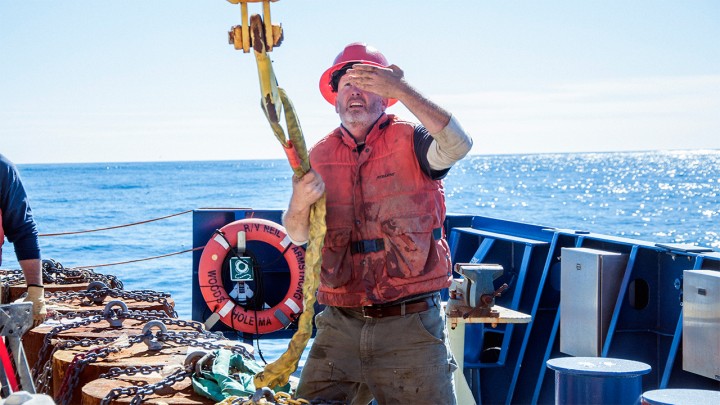 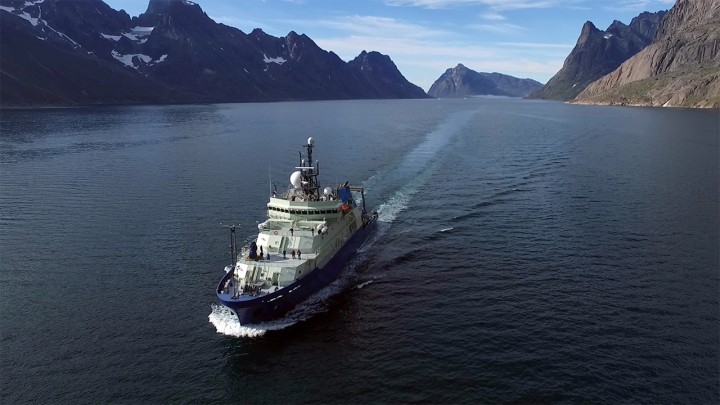 After departing Woods Hole in July, R/V Neil Armstrong made its first trip to service the moorings at the Ocean Observatories Initiative (OOI) Global Array in the Irminger Sea and then made its first foreign port stop on a scientific mission. Reykjavik, Iceland, was a frequent port-of-call for the ship’s predecessor, R/V Knorr, and it looks like Neil Armstrong will continue the practice.

The sub-polar North Atlantic is where warm, salty surface waters, originating from the Gulf Stream, are made cold and dense in the bitter cold air of winter. The water subsequently sinks and returns south at depth driving the “overturning circulation” that helps regulate our planetary climate. For that reason, the North Atlantic near Greenland is where OOI and another ocean monitoring program have set up shop to gather long-term data looking at the function and health of this critical region.

OSNAP (Overturning in the Sub-polar North Atlantic Program) is an international collaboration that operates along line of moorings between Labrador, the southern tip of Greenland, and Scotland. Neil Armstrong‘s second trip after leaving Reykjavik was to service moorings along two portions of the OSNAP line: one on the east side of Greenland, and one on the west.

But where the OOI cruise encountered smooth seas and sunny skies, the OSNAP team saw what makes the North Atlantic such a difficult place to work. After setting up to begin work on the eastern mooring line, a huge low-pressure system came spinning off Canada and took dead aim at their position. Winds along the East Greenland coast reached 50 knots and Neil Armstrong was forced to close up shop and head to the other side of the island. There, only 80 miles away, they discovered relatively calm seas and sunny skies. So they switched gears to work on the western leg for a spell. Roughly 10 days later the opposite conditions set in: 40 knots on the western side and just a wisp of wind along the eastern coast. So back went the Armstrong around the southern tip of Greenland. When conditions are favorable, vessels can make this trip by passing through Prince Christian Sound, a narrow fjord roughly 60 miles long and only 500 yards wide in places. We’ll be posting a video shortly that shows the Armstrong transiting through the sound during the OOI Irminger Sea cruise. It’s not something you want to miss.

As the title of this post implies, this extended cruise to the North Atlantic included several firsts (first trip to this part of the ocean, first visit to the OOI Irminger and OSNAP sites, first port call in Reykjavik), as well as a second. While Neil Armstrong was at sea this summer, its sister ship, R/V Sally Ride left the yard in Anacrotes, Wash., where both ships were built, and began the trip south to its new home port in San Diego. This means that Neil Armstrong has become the second newest research vessel in the academic fleet, passing the mantle of newest to the Sally Ride, which will be operated by the Scripps Oceanographic Institution. We are glad to have the company and wish Sally Ride, the ship’s crew, and all the scientists, engineers, and technicians who sail on it smooth sailing.