All the Ocean’s a Stage 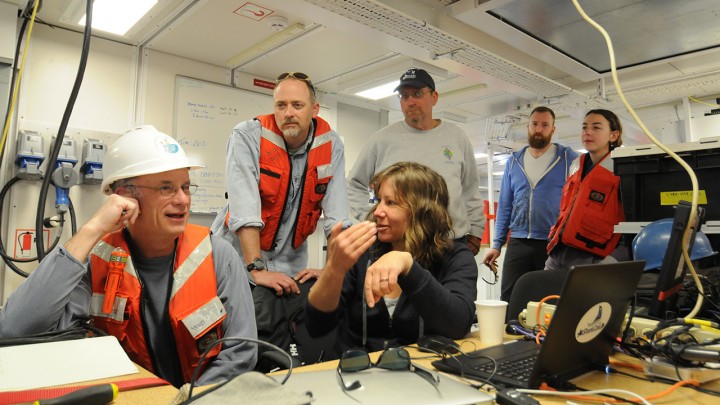 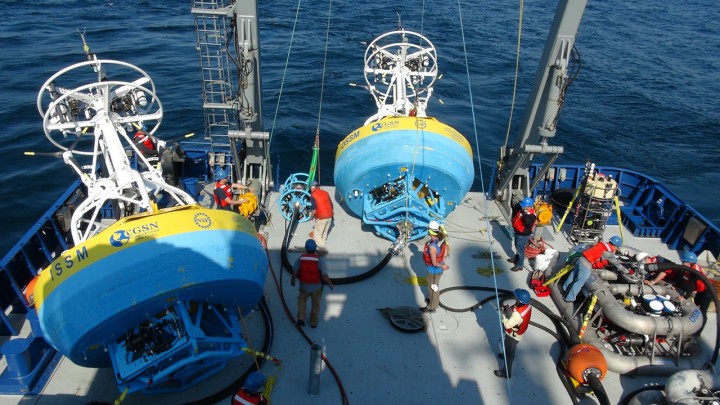 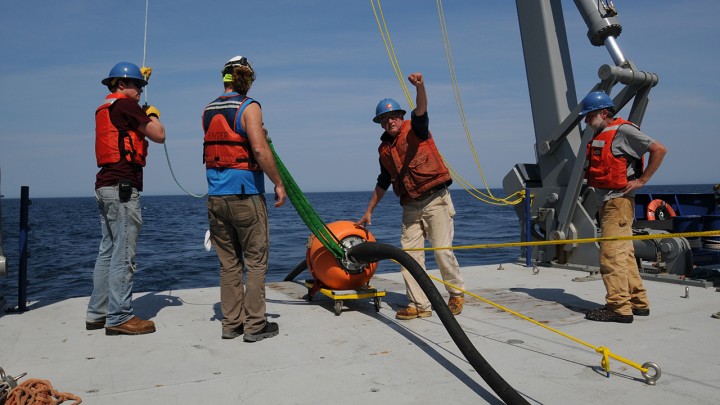 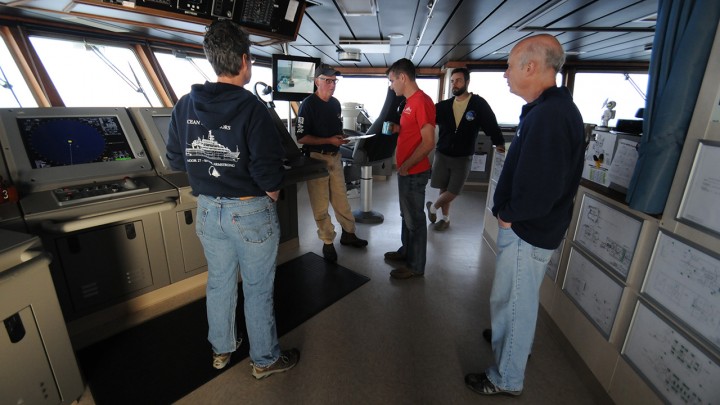 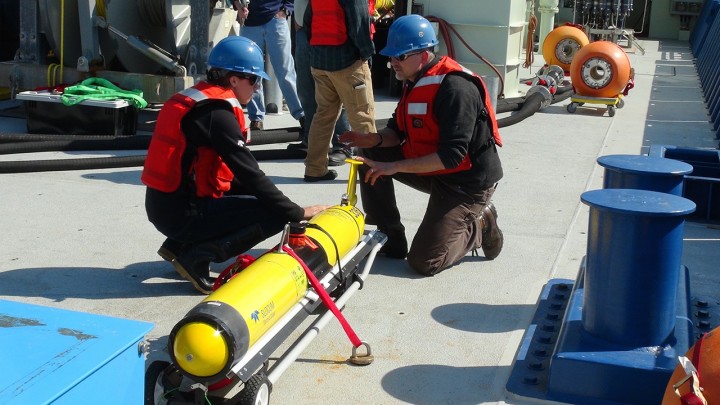 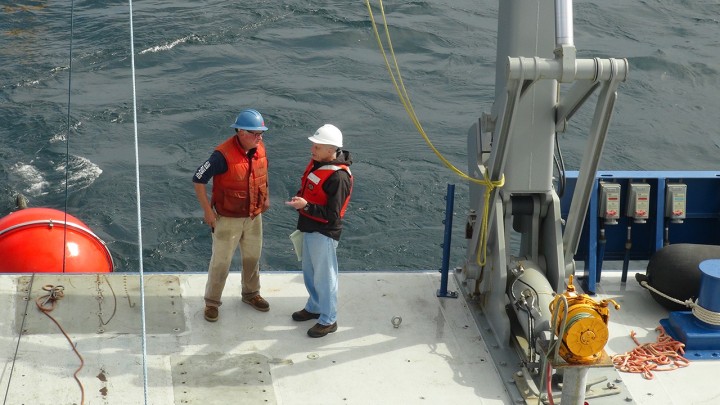 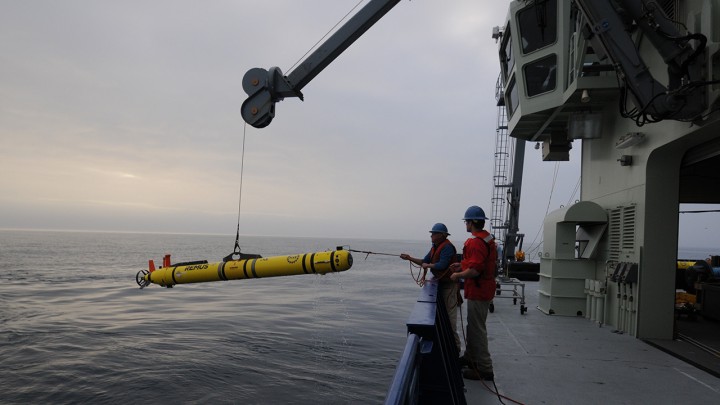 “All right, Mr. Brickley, the show begins at 2:00,” John Kemp announced as he entered the ship’s main lab on Saturday afternoon. Kemp is the Deck Operations Leader for our expedition aboard R/V Neil Armstrong and he was addressing Peter Brickley, one of the engineers on the trip. The promised “show” would be a deployment of an Inshore Surface-Piercing Profiler Mooring, a frame containing scientific instruments and a winch that is tethered to the seafloor. As the winch pays out its line, the frame moves up through the water column, collecting scientific data along the way, and rises until it pierces the surface, as the name suggests, to transmit its data back to scientists onshore.

END_OF_DOCUMENT_TOKEN_TO_BE_REPLACED

WHOI is the world's leading non-profit oceanographic research organization. Our mission is to explore and understand the ocean and to educate scientists, students, decision-makers, and the public.
R/V Neil Armstrong
Copyright © 2023 All Rights Reserved
Privacy Policy.
Problems or questions about the site, please contact webapp-support@whoi.edu